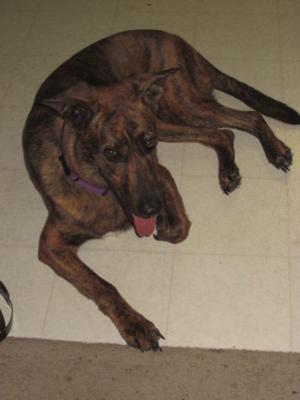 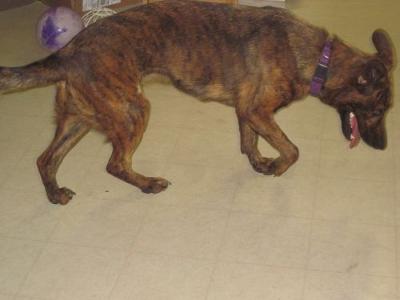 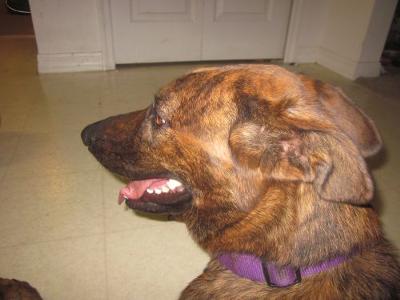 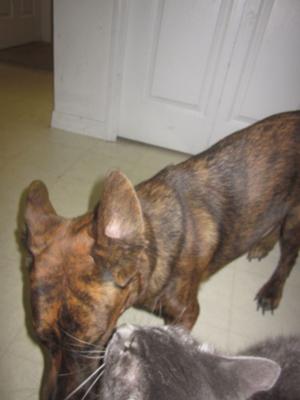 We got CiCi about 18 months ago from a shelter.

She was 2 months old when we got her. We were told by the guy who dropped her off there that she was a shepherd/lab mix. Originally the vet thought lab mix because of the floppy ears, but not shepherd, due to the brindle coloring.

There's a few breeds that can have brindle coloring, but I doubt she's a pit because she doesn't have that pit snout that I see a lot of pit mixes as having, but I could be wrong. She does have a high curve by her hind legs that makes me think greyhound but not sure.

Does anyone have any suggestions on what you think she could be mixed with? I won't know for sure unless I get a blood test done of course, and it really doesn't matter because we love her no matter what breed she is.
Tweets by @GSDLore