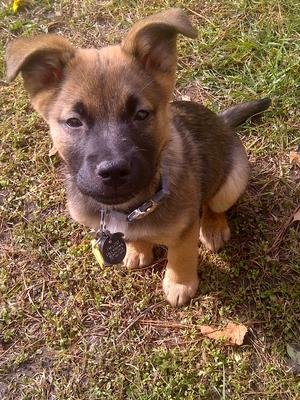 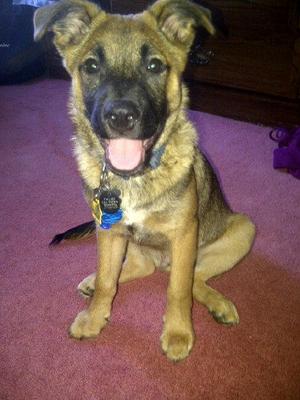 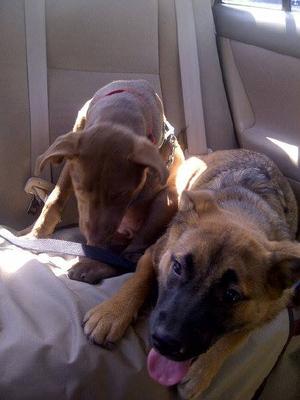 Marco is his name! I adopted this lil pup from a local animal shelter. From what I got from the animal shelter they were not sure what kind of mix he is exactly. The most they told me was that he was originally from PETA and he moved to different foster homes, and eventually to the animal shelter where I found him!

I'm actually unsure of what kind of mix he may be; however, based on how tiny he is at the age of ~6 months people suggested that maybe he has a little beagle in him. And people have also said that his muzzle isn't really like a GSD's.

My dog weight has stayed at about 25~30 lbs the past two months (5mos - 6mos old). The vet said that his weight is fine and he is in good health. Marco gets a mix of walks outside around the neighborhood to running around in the backyard with my brother's dogs.

If anyone out there has any kind of suggestions to what kind of mix he may be I'd appreciate it (I don't know the different types of dogs out there)!

I love him to death whether I know or not.