Pepper, is a German Shepherd mix, but we don't know what kind. . . 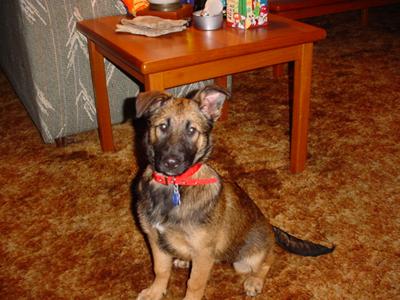 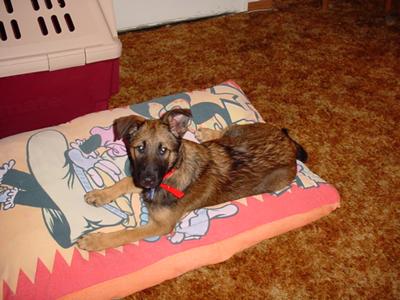 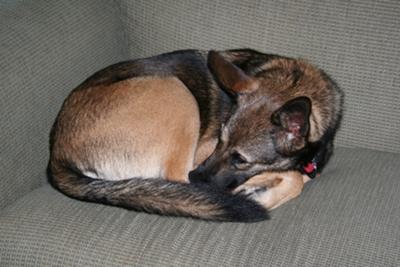 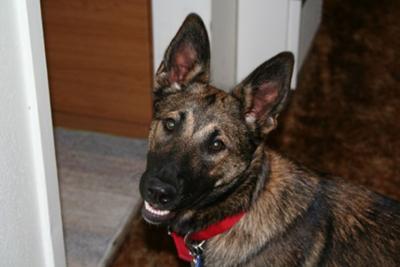 We adopted Pepper as a puppy from the Helen Woodward Animal Center in San Diego County in February 2005. She had been born in October 2004, so she was young and looking for a home and a loving family.

A few years earlier, we had had another German Shepherd mix, Brandy, who we also adopted when she was a puppy; but actually, Brandy chose us. Brandy was a sociable dog, loved everyone, and fit into our family in no time at all. However, after a short four years later, she began being sick, and we had to put down due to lymphoma.

Pepper joined our family a couple of years after Brandy left us. Pepper is full of energy, loves to play and run, but she's never been able to get it that she's supposed to bring the ball back so we can throw it again. . . She loves to go after the ball, or whatever playtoy we throw, but she brings it back and then wants to shift to "keep away!"

We love her temperament. She's now fully grown, very healthy, very active, very enthusiastic, and her big brown eyes just melt your heart when she looks at you.

Her coloring is the same as Brandy's was--that's what we were looking for when we found her. Her fur hairs are really three colors: kind of light tan close to the skin, a clear black-tan in the middle of the hair, and the tips of her fur hairs are pretty much the darkest black you could imagine. . .

At night, in our back yard, she's all but invisible, unless she looks at you, then you can see her glittery eyes reflecting light back at you. But, in general, in the dark, she disappears like a wraith.

Her snout is pretty much black, with some gray hairs developing on her chin. . . Her chest and tummy are light tan, but she's mostly dark black with tan highlights peeking out as she moves.

And she currently weighs 70 pounds, and she's full grown. . .
Tweets by @GSDLore