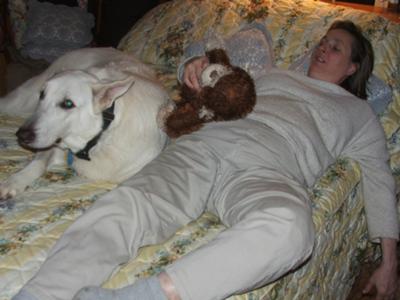 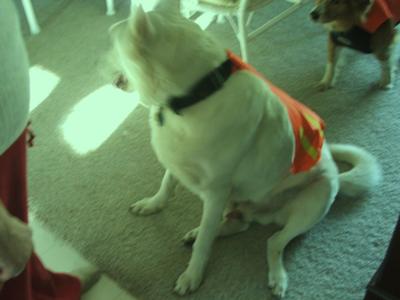 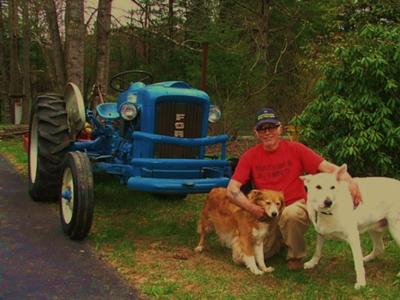 Rex was a beautiful 120 pound German Shepherd who I acquired from a person who abused him and left him with his landlord. We bonded in 24 hours after receiving my love and attention. He "out showed" every dog in his obedience class and I was soon asked by the instructor to please bring him to every first class that she held. He was so proud to please me in every way because of the "Love between us."

When I spoke to him, he would tilt his head and stare into my eyes, taking everything in that was being said.

He had a running mate who was a Sheltie and they were quite a pair. I'll never forget the morning that we found her slowly dying in our front yard because of anti-freeze from a leaking tire from a nearby tractor. He mourned her so much and he visited their favorite "hang outs" up until his "passing" almost 2 years later.

He had a disc disease that took him down with each passing day but he was not a quitter. He would come down the hallway pulling his hind quarters all the way to the front door. At 3:00 in the morning, he would wake her up to go outside. He soon learned that he would make it easier on us if he "went" on a purple carpet next to his food bowl.

Two days before his being "put down", he took Marlene outside at 3 A.M.to show her how hard it was for him to go on. The next 2 days he lost all interest in going outside of the house and then we realized that "It was time."

He had hung on for his 2 selfish owners and it was time to go.

At 8:15, September 19, Rex crawled into his king sized bed, squeeked on "Long Dog", his favorite toy and with Marlene and I holding him close, took his last breath at 8:38 P.M.

There are not enough tears on earth to show how much his loss hurts us and all the people whose lives he has touched.

Rex, we love you and miss you so much.

Marlene and Charlie
Tweets by @GSDLore