Wondering Who Buddy is on the Inside... Any ideas? 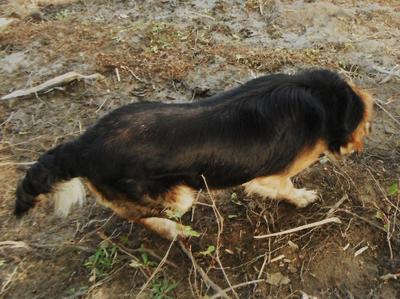 Buddy GSD Mix from the top 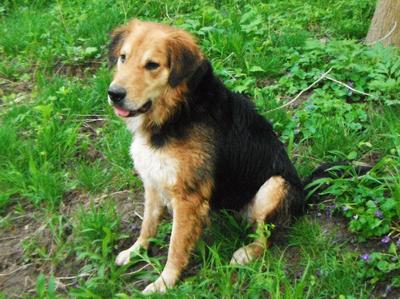 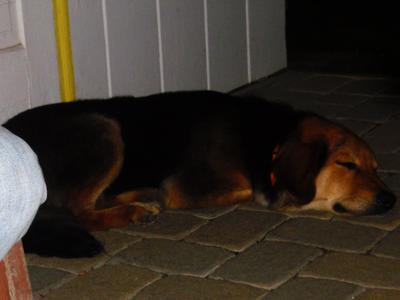 Buddy sleeping when he was younger (1 ish)

Buddy was dumped on us and we have often wondered what kind of dog he is.

He has long shaggy course hair that is crimped around the ears and the under side of his tail.

He is very playful and energetic, but a bear to train due to stubbornness. When he has nothing better to do, he will listen and sit and come and stay and shake.

Outside, he refuses and prefers to do what he wants. Even though I hate choke collars and don't like using them, it is necessary when walking this dog.

He is not loyal or protective, he loves everyone and everything indiscriminately. He is occasionally possessive and will respond with an explosive temper if you try to take something away from him. If the cat strays too close to his food, he has been known to attack even if the food has been sitting in the bowl untouched all day (generally he likes the cat and views him as an illusive toy). He has even bit me when I try to take back the trash that he raided.

He is around 3 years of age. Personally I just treat him like a teenager.