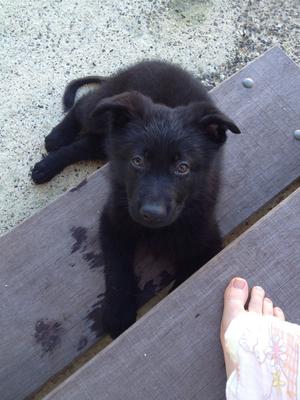 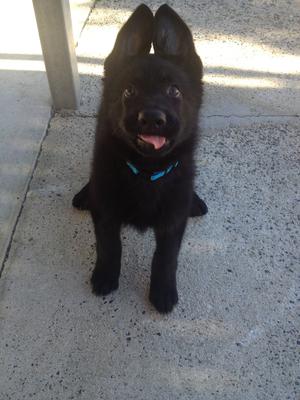 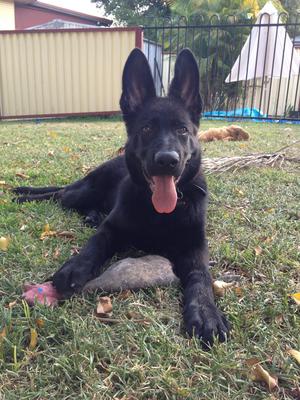 Shadow is all Ears

His name is Shadow.

I got him from a breeder located in Caboolture, Queensland, Australia. He is

He is a purebred black German Shepherd with with Czech lines.

He loves to play and gets a 20 minute walk.

Shadow started off a little small as he had a few weeks where he suffered the runs, which cleared up when we put him on Advance. He's still got huge paws. We are hoping he'll turn out to be a big fella. He's finished puppy school and we are now looking for an obedience class for him.
Tweets by @GSDLore